HIV Outcomes is proud to support a special series of the highly-regarded peer-reviewed medical journal, The Lancet HIV: ‘The Lancet HIV Series on HIV Outcomes: Beyond Viral Suppression’.

For questions about this series, please feel free to contact the Secretariat at secretariat@hivoutcomes.eu

The Lancet HIV’s press release is available below:

The Lancet HIV: Health systems unprepared to meet the needs of growing numbers of ageing people living with HIV

Health systems around the world face an emerging challenge of meeting the complex needs of growing numbers of ageing people living with HIV in the coming years, according to a new Series published in The Lancet HIV. UNAIDS estimates that in 2018 the number of people aged 50 years or older living with HIV globally was 7·5 million, more than double the 3·3 million from a decade earlier.

“In countries worldwide, ongoing progress toward and beyond the UNAIDS global 90-90-90 target is changing the face of the HIV epidemic,” said Professor Jeffrey V Lazarus of the Barcelona Institute for Global Health (ISGlobal), Spain, and one of the co-chairs of the HIV Outcomes Beyond Viral Suppression initiative [2], who led the Series. “Life expectancy for people living with HIV has increased rapidly since the late 1990s, with 59% of the 36.9 million people living with HIV now taking antiretroviral therapy (ART). However, this means that health systems are responsible for the care of increasingly large numbers of ageing people with HIV.” [3]

The UNAIDS 90-90-90 target, set in 2014, calls for 90% of all people living with HIV to be diagnosed; for 90% of those diagnosed to receive ART; and for 90% of those receiving ART to be virally suppressed. Viral suppression has long been regarded as the goal of HIV care, but there is growing recognition that health systems need to adopt new goals relating to long-term wellbeing. People living with HIV have a disproportionately high incidence of major comorbidities, polypharmacy, and reduced health-related quality of life, yet existing global targets do not drive action to address these challenges.

Bringing together an international panel of leading academics and experts, authors of The Lancet HIV Series examined barriers to achieving wider HIV outcomes beyond viral suppression, including health-related quality of life and stigma reduction, and called for a new global target to spur progress.

“It is time for the global health community to adopt a fourth “90” – a measure that acknowledges the importance of improving health related quality of care for people living with HIV,” said Professor Lazarus. “While we should not be distracted from the ongoing effort to achieve the 90-90-90 targets, reorienting efforts to focus more holistically on the well-being of people living with HIV, rather than merely their viral loads, could support better outcomes across all aspects of HIV care.”

In addition, people living with HIV face the full array of health and social challenges commonly associated with ageing, such as decreasing physical mobility, cognitive decline, chronic comorbid diseases, social isolation, and varying family support. But at the same time, their HIV-positive status might exacerbate these challenges, as might their identification with marginalised groups.

“We need to reorient our health systems to better meet the complex care challenges of people living with HIV – and to do this we propose action in four areas: integrating HIV services and non-HIV services, reducing HIV-related discrimination in health-care settings, identifying indicators to monitor health systems’ progress toward new goals, and catalysing new forms of civil society engagement in the more broadly focused HIV response that is now needed worldwide,” Professor Lazarus added.

Addressing stigma is a growing concern

There is substantial evidence that no risk of HIV transmission through sexual contact exists when people are virally suppressed on ART, a shift that has revolutionised public health communication. But despite efforts to combat HIV-related stigma and discrimination, Series authors found that evidence on effective interventions remains scarce.

Stigma can negatively affect happiness, self-esteem, sexual and social relationships, and the sense of purpose in those living with HIV. In health-care settings, HIV-related discrimination has been linked to medication non-adherence, persistent viral activation, and other negative health outcomes.

Authors acknowledged that addressing stigma is a growing concern and must be overcome. Further research is required on how to address intersectional stigma for populations that are disproportionally affected by HIV, and on how to prevent discrimination from health-care providers outside of HIV-specific care, which undermines health seeking for mental health disorders and other comorbidities.

To ensure that people living with HIV enjoy healthy ageing with sustained viral suppression, clinicians and health systems must respond to the lifelong needs of people living with HIV, from diagnosis until the end of life. But the Series authors challenge: how can one know what patients need, unless we ask?

“Despite their public health and clinical relevance, patient reported outcomes (PROs) are not well integrated in routine HIV data collection. A lack of clear guidance on why, when, and how to collect these data is in part to blame,” Dr Meaghan Kall, Public Health England.

Evidence has shown that involving people with HIV in PRO development and adaptation can help to better identify HIV or treatment-related symptoms and detect stigmatising attitudes from the health system, which are among the main barriers to engagement in HIV care.

Similar issues are emerging in low- and middle-income countries

Since high-income countries generally have the largest proportions of people living with HIV who are consistently virologically suppressed, the Series has focused on these countries. However, similar issues regarding long-term HIV care are beginning to emerge in low-income and middle-income countries.

UNAIDS estimates that 16 million people living with HIV and accessing treatment are based in sub-Saharan Africa, which constitutes 70% of the total population on HIV treatment. Viral suppression ranges from 58% in eastern and southern Africa to as low as 39% in western and central Africa.

Writing in a linked Comment, David Musoke Serwadda of Makerere University, Uganda, said that issues discussed in the Series present an even more pressing challenge in these countries: “There is an urgent need for governments and the private sector to plan for the workforce, infrastructure, and financing that will be needed in the next 5 to 30 years to manage the huge oncoming burden of people living with HIV and their associated health problems.”

As the global response to HIV is redefined, efforts should be aligned with the healthy ageing agenda for the general population.

Writing in a linked editorial, editors of The Lancet HIV, Peter Hayward and Philippa Harris, said: “In 2019 it is not enough that people living with HIV are alive. They should also be living well. As the health-care needs of people living with HIV continue to move beyond specialist services, good quality care, free from stigma and discrimination, is essential. HIV status must not lead to exclusion from or denial of services. Achieving these aims will require changes across health and social care.”

The report received no direct funding, but a number of authors receive support from the HIV Outcomes group [2]. Details of this are included in the acknowledgements listed on each Series article.

The labels have been added to this press release as part of a project run by the Academy of Medical Sciences seeking to improve the communication of evidence. For more information, please see:http://www.sciencemediacentre.org/wp-content/uploads/2018/01/AMS-press-release-labelling-system-GUIDANCE.pdf if you have any questions or feedback, please contact The Lancet press office pressoffice@lancet.com

[1] World AIDS Day takes place on 1 December each year. It is an opportunity for people worldwide to unite in the fight against HIV, to show support for people living with HIV, and to commemorate those who have died from an AIDS-related illness. Founded in 1988, World AIDS Day was the first ever global health day.

[2] HIV Outcomes is a multi-stakeholder initiative that seeks to improve the long-term health outcomes and quality of life of all people living with HIV across Europe—and thereby improve the sustainability of European health-care systems. The initiative is sponsored by Gilead Sciences and ViiV Healthcare. For further information, please visit:http://hivoutcomes.eu/ or contact: secretariat@hivoutcomes.eu

[3] Quotes direct from authors and cannot be found in the text of the Article. 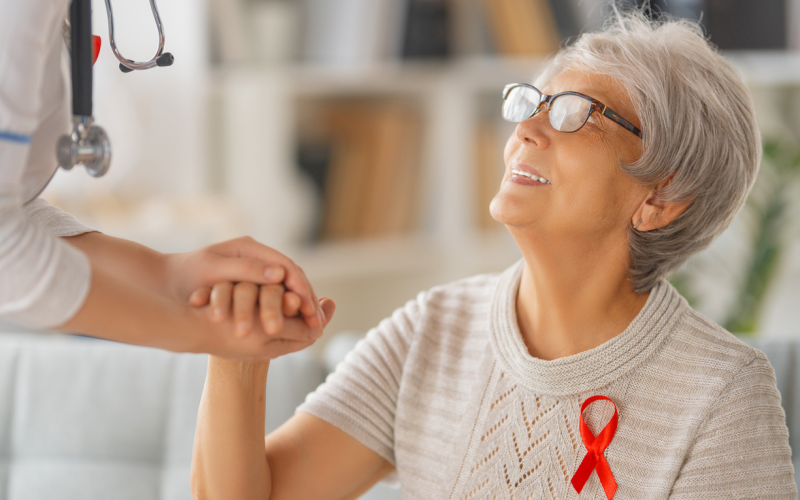 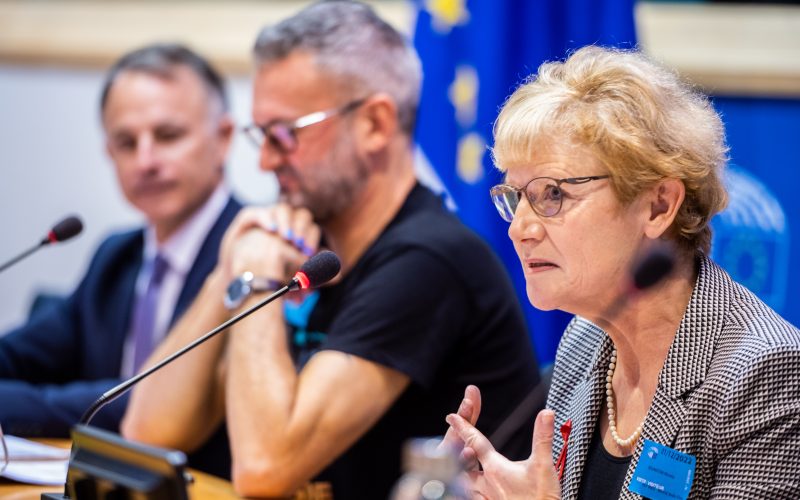 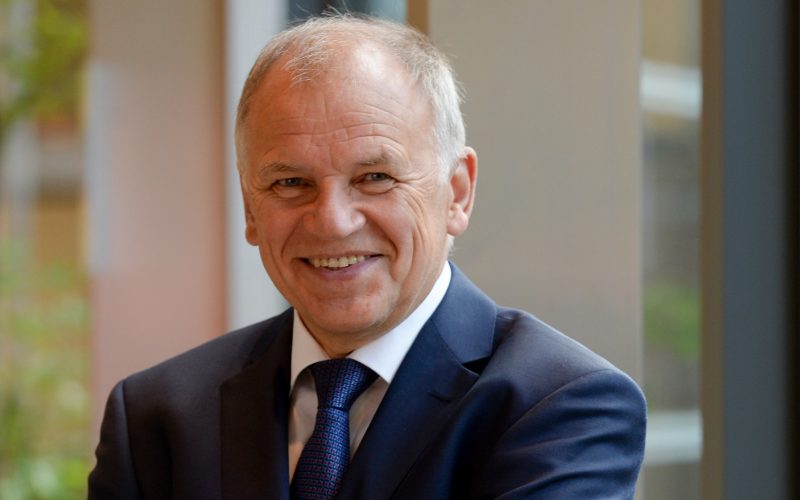 This initiative is enabled by sponsorship provided by Gilead Sciences and ViiV Healthcare.